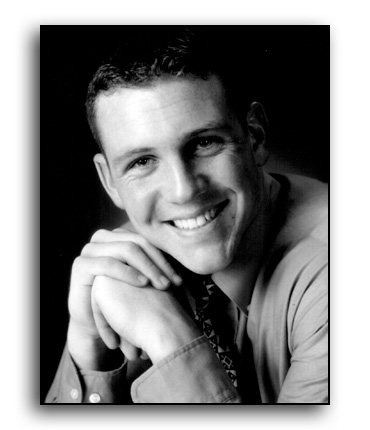 Pete Lepley graduated in 2001 and earned three letters each in basketball and football for the Bellevue Redmen, becoming one of the best, if not the best football receivers along the way.

In basketball, Pete was Second Team All-Northern Ohio League his junior season, Second Team All-District 6, and Honorable Mention All-NW District. He then helped lead the team his senior season to a 9-5 NOL record and 17-6 overall season.  He finished his career with 712 points, which is currently 18th on the all-time career scoring list.

Pete shined and really made his name on the gridiron for the Redmen.  He helped lead the Redmen teams to a combined 25-8 record and two OHSAA Football Playoff appearances.  His senior year team (2000) his team also won a 1st round game 35-28 over St. Mary’s Memorial before being defeated by Van Wert 35-21.  Pete currently holds all the Redmen Football receiving records both for a single season and for a career.  He was First Team All NOL, Northwest District, and All-Ohio in both his junior and senior seasons as a wide receiver.  During that senior campaign, he was also named the Northwest District Player of the Year, Channel 24 All-Star, and Toledo Blade All-Star.

Pete went on to play and letter in football at both Ashland University and the University of Toledo.
Today, Pete is the Sales Manager for Tester Ford Lincoln in Norwalk, Ohio.  He and his wife Andrea have two children, Gavin (7) and Addison (5).
Return to the 2015 Inductees