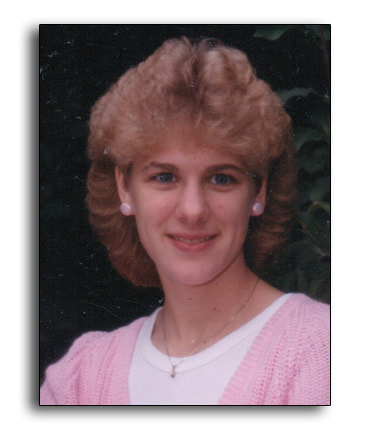 Jill Walters Mohr, a 1986 graduate of Bellevue High School (BHS), was one of the hardest working and most successful female athletes in school history, earning 9 varsity letters during her time at BHS.  She earned three in cross country, two in basketball, and four in track & field. For her efforts, Jill was recognized as the 1986 Gazette Award winner as the school’s most valuable female athlete.

During her junior season, Jill was Second Team All-NOL, Regional qualifier, and helped the team to an NOL runner-up finish. The squad also qualified to Regionals and State, where Jill finished 42nd overall and was the fourth Bellevue runner to finish.

She captained the team during her senior year and again helped the team to an NOL title, and Regional and State appearances. Jill finished 66th at State (third Bellevue runner) and earned First Team All-NOL honors that year. The team was undefeated in regular season meets and Jill was again chosen Hardest Worker by Coach Miller.

Jill was a member of the 1984-85 District runner-up basketball team and the following season, she was team MVP and Honorable Mention District Six. She still holds fourth place all-time in rebounds in a single season with 231.

During her four years participating in track & field, Jill scored 242 points and was a member of the 1983 Class AA District title team. She was team leader in points scored during the 1983 Tiffin Relays (which Bellevue won) and was team Captain during the 1986 season. That year, she was All-NOL in the 4 x 800 meter relay, the 1600 meter run, and the 3200 meter run. She was a Regional qualifier in the relay and 3200 run, and was team MVP.

Jill and her husband, Mark, reside in Bellevue where Jill has been employed with Bellevue City Schools for 30 years (10 as a Science teacher, 20 as a Guidance Counselor). They are parents of three children, Riley, a student at the University of Toledo, and twins Ryan & Ethan, seniors at Bellevue High School.
Dennis Sabo introduces 1986 graduate Jill (Walters) Mohr.
​
Return to the 2021 Inductees