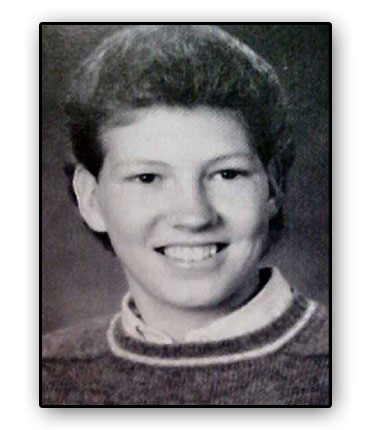 Few would argue that the greatest female athlete to ever wear the Bellevue red and white was Karen Lepley.

A three-sport athlete for the Lady Red, Irons excelled in volleyball, basketball, and track and field, earning a total of 10 varsity letters along the way.

In 1983, she helped guide the team to the NOL title, earning Most Valuable Player honors and All-NOL first team honors along the way. She led the team in scoring, rebounds, and blocked shots.

In 1984, Irons once again was chosen team MVP for the NOL runner-up Lady Red. She was All-NOL first team and All-Ohio second team.

As a sophomore, Irons helped the team make it back-to-back NOL titles. She finished first in the 200-meter dash, 400-meter dash, and high jump at districts, and was fourth in the 400 at state, third in the high hurdles, and sixth as a member of the 1,600-meter relay team.

During her junior year, the team was again crowned NOL champs as Irons was named team MVP. She was NOL champ in the 400-meter dash, and was also a member of the State Championship relay team that same season.

In her senior season, Irons once again guided the team to the NOL title and took home team MVP honors once again. She was NOL champion in the 400-meter dash and high jump events, took first in the district high jump and the 3,200 meter relay, and finished seventh at state in the high jump. Along the way, she set four school records and three Bellevue Invitational records.

Irons was named the Gazette Award Winner as the top female athlete in both 1984 and 1985.
Return to the 2004 Inductees