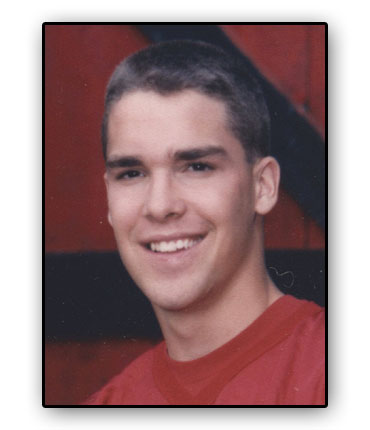 ﻿
He earned nine varsity letters, is a member of the Redmen Basketball 1,000-point club, and was one of the most naturally talented athletes to participate in the BSHS sports program. He is Danny Paul, a 1994 graduate of Bellevue Senior High School.


Along the way, Danny helped his Redmen basketball, football and baseball teams rack up five Northern Ohio League titles while Danny himself garnered dozens of honors and awards.

Danny began his three-sport career by starting on the varsity basketball team as a freshman, earning his first BSHS letter in the process.

Then, as a sophomore, Paul lettered in both basketball and football while also earning a spot on the jayvee and varsity baseball teams. He was All-Northwest District honorable mention in basketball that season.

As a junior, Danny lettered in all three sports, picking up first team All-NOL and second team All-Northwest District honors in hoops.

During his senior season, Danny once again lettered in all three sports and took home many honors and awards. In football, he earned second team All-NOL honors. In basketball, he topped the 1,000-career point mark during a district game at Ashland High School, while making first team All-NOL and third team All-Ohio. He was also named Northwest District Player of the Year, finishing one spot ahead of Sandusky’s Orlando Pace in the voting. He was also team captain for the red and white as a senior. He finished his basketball career as the No. 4 all-time leading scorer.

Finally, in baseball, Paul was named captain for the Redmen and was named first team All-NOL and second team All-District.

Danny picked up the 1994 Redmen Award and the 1994 Gazette Award as the top male athlete. He was also chosen to play in the North-South All-Star Basketball Game his senior season, and was also named first team All-Ohio-All-Academic.

Danny currently resides in Columbus, Ohio.
﻿
Return to the 2006 Inductees