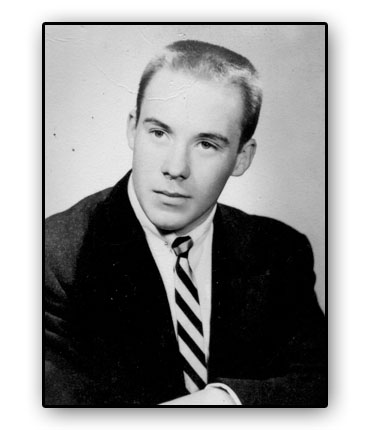 ﻿
A 1956 graduate of Bellevue Senior High School has had one of the most successful careers built around sports of any local graduate.

While at BHS, David was named All-Northern Ohio League in football both his junior and senior years. During the 1955 season, David scored touchdowns in a variety of ways, including runs, pass receptions, interception returns, and a kickoff return.

He also set a school record in the 180-yard low hurdles and tied a school mark as a member of the 880-yard relay team. He helped to lead the Redmen to two NOL track titles in 1953 and 1954.

Overall, he earned four letters in football, four in track, and two in basketball, and was named the Gazette Award winner as the most valuable male athlete at BHS.

From Bellevue, David continued his athletic and academic careers at Baldwin-Wallace. After getting hurt prior to his junior year, Baldwin-Wallace coach Lee Tressel urged David to consider coaching the freshmen team in order to keep his football scholarship. David did coach the team for the next two seasons while majoring in Physical Education with a minor in Special Education. He then attended the University of Akron where he earned his master’s degree in 1968.

He then became offensive coordinator at Adrian (Mich.) College in 1970 and was also the Director of the Michigan Special Olympics where he entertained Rose Kennedy for the three-day Special Olympics event. In 1971, David became offensive coordinator at the University of Evansville in Indiana, and in 1974 left there to become administrative assistant and offensive line coach at the University of Iowa. While at Iowa in 1975, he was coach and consultant for the Newton Nite Hawks professional football team.

In 1979, David became assistant coach at Lamar (Tex.) University, helping to guide a team which led the nation in passing.

His professional football career began in 1981 when he became assistant to the vice president of player personnel for the Cleveland Browns. His duties included evaluating college and pro players. In 1987, he joined the San Diego Chargers organization as director of player personnel.

He finished his professional football career as head coach of the Hamilton Tiger Cats of the Canadian Football League in 1990. In 1992, he was hired as director of development of athletics at Cleveland State University where he helped to bring three NCAA Division I championships to CSU, including women’s volleyball, men’s wrestling, and a men’s basketball regional championship.

He was inducted into the Adrian College Hall of Fame in 2004, and was also the recipient of the Joseph P. Kennedy Jr. Award for leadership in the area of mental retardation and sports.

David currently resides in Strongsville, Ohio.
﻿
Return to the 2006 Inductees