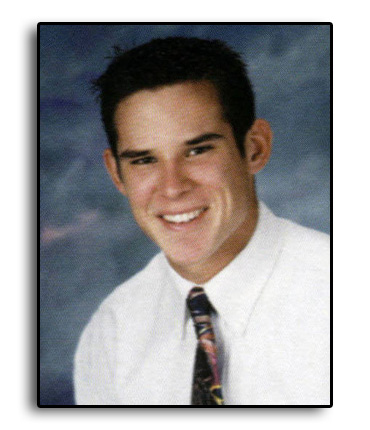 ﻿
In much the same fashion as his older brother, Ben Snyder played both football and baseball for the Bellevue Redmen, earning seven letters before graduating in 2003.

As a football player, Ben earned three letters. He was named First Team All-Northern Ohio League as a wide receiver in 2001, First Team All-District and First Team All-Ohio. He helped to lead the team to a Final Four appearance, winning three playoff games along the way over St. Mary’s Memorial, Medina Highland and Sunbury Big Walnut.

As a senior, Ben repeated First Team honors in the NOL, District, and State.

He earned four varsity letters in baseball and as a sophomore was named First Team All-NOL and District. The team was 18-6, NOL runner-up, and Sectional and District Champs.

As a junior, Ben was again First Team All-NOL and District and the squad went 15-8, was NOL champs, Sectional champs and District runner-up.

For the third consecutive year during his senior campaign, Ben was First Team All-NOL and District and Second Team All-Ohio. He played in the Mizuno All-Ohio All-Star game and was in the Buckeye Scout Top 100 players. He was drafted by the Los Angeles Dodgers in the 24th round in 2003.

He chose instead to attend Ball State University where he was MAC Freshman of the Year in 2004 and First Team All-MAC in 2005. He made the Ball State NCAA Regional All-Star Team and received Louisville Slugger National Player of the Week honors. He was picked in the 4th round by the San Francisco Giants after his junior season in 2006.

Today, Ben has just recently turned in his spikes after a 6 plus year professional baseball career.  Ben is married to Candace and they are proud parents of baby Payton.  They reside in New Albany, Ohio.