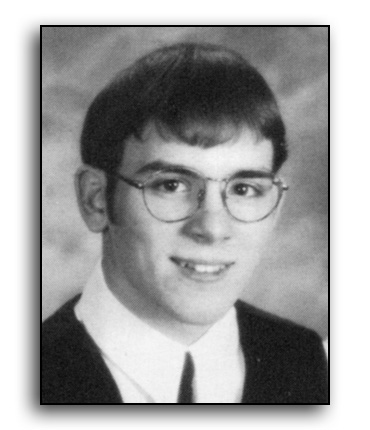 Levi Spurlock, a 1996 graduate of Bellevue High School, participated in three sports at BHS, earning two letters in cross country, two in track and field, and three in wrestling, becoming a Wrestling State Champion along the way.

Although he participated and lettered in both cross country and track and field for two years each, Levi is best remembered for his performances on the wrestling mats.  He did not take long to establish himself and make a name for himself.  He qualified for the District Tournament as a freshman at 103-pounds.

During his sophomore campaign Levi took on the area and sport by storm.  Levi was Northern Ohio League Champion at 103-pounds.  He then went on to win the 103-pound Northwest District Championship and followed that up with Bellevue’s 3rd Wrestling State Championship in history at that time.

As a junior, Levi bumped up to the 112-pound weight class and once again finished as the Northwest District champion.  He could not repeat at the state meet as champion, but finished in 5th Place, making the stand for the 2nd year in a row at Columbus.  He did not wrestle his senior season.  Levi also finished his wrestling career with three Bellevue Invitational titles and two Avon Lake Invitational titles.  He was team captain during the 1994-95 season as well.

Levi finished his high school career with an overall record of 82-17, currently placing him 24th on the all-time Bellevue wrestling win list.

Today, Levi resides in Fort Pierce, Florida.  He is the warehouse transportation manager for the Orchid Island Juice Company.  He and his wife Mandy are proud parents of son Wyatt (16) and daughter Abbey (13).
Return to the 2015 Inductees