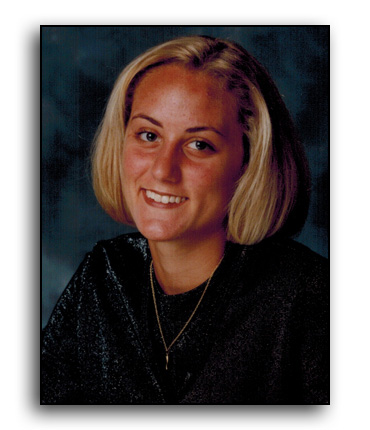 Erica Caranfa, a 2000 graduate of Bellevue High School, earned eight total varsity letters.  Four in the sport of basketball, three in softball, and one in Track & Field.  She was recognized as a scholar athlete, and was a member of the Alfred Ross Chapter of the National Honor Society.

As a senior, Erica was again First Team All-NOL and Second Team All-District, and for the third straight season was named MVP for her squad.  She finished her basketball career with 1,117 points, which ranked first at the time and still stands third today behind Carly Santoro and Leslie Raifsnider.

Erica played and lettered four years in basketball at Akron University, graduating in 2004 with a Bachelor of Arts degree.

Today, Erica works and lives back in her hometown.  She is the Sales Manager at Caranfa Ford in Bellevue.
Return to the 2015 Inductees