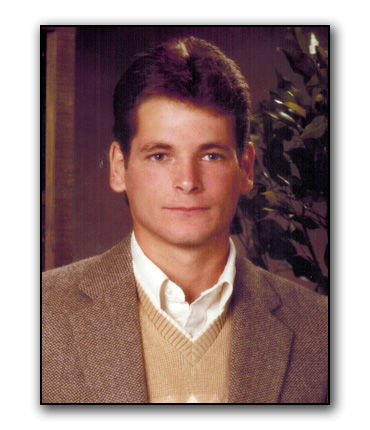 With all the success over the past many decades in high school football at Bellevue High School, very few kicking specialists played a role in that success. Gregg Hogue, a 1985 graduate, is one of the exceptions. His skill at placekicking earned him three college letters at Ole Miss University.

Gregg earned eight letters at BHS, three in football, two in basketball, and three in track and field.

Gregg was a three-time, first team All-Northern Ohio League kicker in football, handling both placekicking and punting duties from 1982-84. As a sophomore, he led the team with 51 points, hitting 31/33 PAT’s and seven field goals. The team went 10-1 and was NOL champs.

His senior season, Gregg hit 30/30 PAT’s and six field goals. He again led the NOL in punting (38.9 per punt) and helped his team to a 7-3 overall record. He was first team All-Northwest District and first team All-Ohio his senior year.

In basketball, Gregg had 91 points his junior season and helped the Redmen finish 11-10 overall. The following year, Gregg was honorable mention All-NOL as the team went 21-4 overall, winning the NOL, Sectional, and District, before losing in the Elite 8 to Lorain Central Catholic. He scored 230 points that season and led the team in scoring three of the five tournament games.

In track and field, Gregg was a high hurdle and high jump specialist. He ran a season-best 16.9 seconds in the high hurdles as a sophomore. He did not participate in track his junior season, but came back strong as a senior, setting a career-best time of 15.4 seconds in the hurdles. He qualified to state as a hurdler that season and also had a career-best 18-6 ¼ in the long jump.

Gregg started his college football career for one year at the University of Dayton. He started all 10 games and was named the top newcomer to the team. He averaged 37.4 yards per punt for the Flyers. He then transferred to Mississippi University where he played and lettered for three years. His senior year, Gregg was 29/29 in PAT’s and hit three PAT’s and a 40-yard field goal in a win at Florida. He is one of six kickers to convert six PAT’s in Liberty Bowl history, going 6/6 vs. Air Force in 1989.

Today, Gregg lives in Bentonville, Arkansas with his wife Tricia.  They have two children, daughter Haley and son Davis.  Gregg is the Senior Director of Sales for Prestige Brands, which is an over the counter Pharmaceutical Company.
Dennis Sabo introduces 1985 graduate Gregg Hogue.
​
Return to the 2016 Inductees