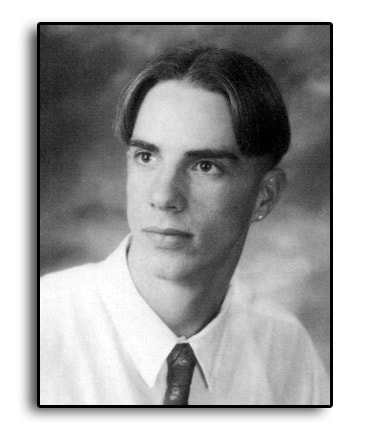 As a junior for the Redmen football team, Bollinger was second team All-Northern Ohio League defensive back and led the NOL in punt return average.

The honors continued to pile up in 1996 when Bollinger again led the NOL in punt return average, was a member of the first Redmen team to win a Regional Championship (Final Four) with an 11-2 overall record, was first team All-NOL wide receiver and defensive back, first team All-Northwest District defensive back, and honorable mention All-Ohio defensive back. He had 25 catches for 450 yards as a senior and scored touchdowns receiving, and on interception, punt, and kick returns.

On the track, Brad set several school records on his way to earning four varsity letters. He was second team All-NOL as a sophomore in long jump, and second team all-league the following year in both long jump and 110-meter hurdles.

As a senior co-captain, Brad took the 110-meter hurdle title at the Huron, Edison and Bellevue Invitationals, was two-time MVP of the Huron Invite while winning both the long jump and 110 hurdles two consecutive years. He was also a member of the school record-setting 4 x 100-meter relay team and was first team All-NOL in that event as a senior. He was second team all-league in the long jump, high jump and 110 hurdles as well.

In tournament competition, Brad was District runner-up in the 110 hurdles, long jump and 4 x 100-meter relay, was Regional runner-up in the 110 hurdles, and qualified to the State Meet where he finished seventh overall. At the time of graduation, Brad had the school record of 14.63 seconds in the 110 hurdles and had the stadium record of 14.7 seconds. He was team MVP both his junior and senior seasons and led the team in points both years. As a junior, he scored the third-most points in a season, made it the second-most as a senior, and scored the most points in school track history at the time of graduation.

Today, Brad is a Team Leader at the Whirlpool Corporation in Clyde. He and his wife, Tiffany, have three children (Taylor, Brody & Kendyl) and reside in Port Clinton.
Dennis Sabo introduces 1997 graduate Brad Bollinger.
​
Return to the 2018 Inductees