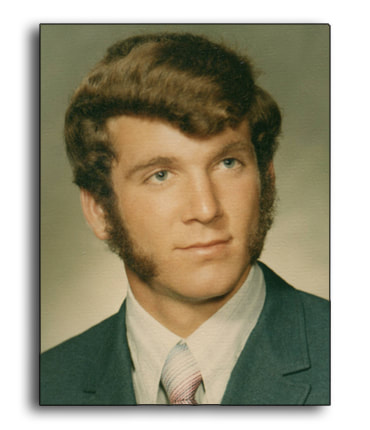 As a sophomore, Mike scored 136 points in 16 games in leading the team to an 18-5 overall mark. The team was Northern Ohio League (NOL) co-champs, Sectional champs (first Sectional title in 20 years) and District finalist (best finish since the 1945 Whiz Kids won the State title).

As a junior in the 1970-71 season, Mike was First Team All-NOL and was First Team All-AAA (big school division) All-Star Team. He led the team to a 10-4 finish, good for second place in the NOL. He was named team MVP and led the team in scoring with 303 points. He led the team in rebounds and was second in the NOL in that category and third in the league in scoring. Mike tied the single-game scoring record at the time with 35 points vs. Galion and broke the record with 41 points vs. Tiffin,; it’s a record that stood for 10 years.

During his senior season, Mike was Captain and MVP and led the team to a 7-7 finish in the NOL, good for third place. The team lost by six points to Sandusky in the Sectional title game, a game that featured Mike and Scott May (Indiana Hoosier All-American, Olympic Gold Medal winner) going head-to-head. Mike scored 17 points and had 10 rebounds before being forced to sit with four fouls in the first half. May finished with 24 points and 14 rebounds.

Mike led the Redmen in scoring as a senior with 350 points, led the team in rebounds, and was second in the NOL in rebounds and third in scoring. Against Vermilion that year, Mike pulled down an incredible 30 rebounds and he recorded 33 double-doubles during his junior and senior seasons. He still holds the school record for rebounds in a season with 283 and finished his career with 789 points (14th on list) and 659 career rebounds. He was also honored as First Team All-NOL, First Team All-AAA All Star Team, and Honorable Mention All-State.

Mike continued his basketball career at Bowling Green-Firelands. As a freshman he helped the team win the Ohio Regional Campus Conference State Title. He then transferred and played basketball for Heidelberg College, earning two letters along the way. Mike then served as assistant coach at The Berg for six seasons. The 1983-84 team went 24-7 and was inducted into the Berg Hall of Fame.
​
Mike currently resides in Tiffin, Ohio, with he wife, Deb. They have three children, Lisa Brown, Jennifer Linkous and Sarah McCleary. Mike continues to work part-time at Quick Tab II in Tiffin.
Dennis Sabo introduces 1972 graduate Mike Schoen.
​
Return to the 2021 Inductees