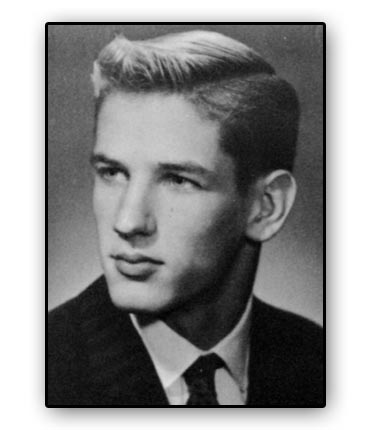 From 1957 to 1960, one would have had to look far and wide to find a better all-around male athlete than Bellevue’s own Jere Dale Crosby.

In football, Crosby was All-Northern Ohio League and All-Ohio. During his senior season in 1959, Crosby led the team to an 8-1 record and a runner-up finish in the NOL. He finished the season 60 of 123 passing for 672 yards.

In basketball, he held the career scoring record from 1960 until the 1980s when his record was broken by John Green. During the 1959-60 season, Crosby led the team with 322 points scored as the team finished 10-6 overall and 5-2 in the NOL. They did hand Norwalk its only league loss, 46-41, that same season.

In track and field, he qualified for the state track and field meet both his junior and senior years, and held the school record in the long jump at 21-feet, 5-inches. He also teamed with Tom Close, Ed Matz and Ted Rhudy to break the school 880-yard relay record in a time of 1:36.1.

Also in high school, Crosby was selected to the National Honor Society.

Following his high school career, he went on to play four years of college football at Ohio Wesleyan University in Delaware, Ohio, where he set the record for the longest punt return for a touchdown in the nation his sophomore year of 104 yards. He played halfback his freshmen year and quarterback the remaining three seasons.