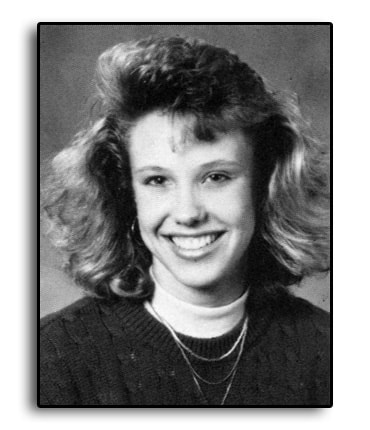 ​Kimburley (Zelms) Foreman, a 1990 graduate of Bellevue High School, paved the way for many female athletes to follow, by earning seven varsity letters as one of the most dominant performers of the late 1980’s. She earned three letters each in volleyball and basketball and one letter in track and field.

Volleyball is the sport where Kim excelled the most. After earning a letter as a sophomore and establishing solid playing time, she broke out as a junior in 1988 with First Team All-League and Second Team All-District honors. The team was 19-8 overall and 11-3 in the Northern Ohio League that season, and Kim helped the team win Sectionals and finish as District runner-up. She also earned Honorable Mention All-Ohio status that season.

As a senior, Kim was co-captain and co-MVP with fellow Hall of Famer Jennifer Windau Kunka. She earned First Team All-League and District 6 honors, and again was Honorable Mention, All-Ohio. The team went 16-3 overall and won the Northern Ohio League with a 13-1 mark before going on to win Sectional and District titles before settling for a Regional runner-up title.

After high school, Kim received a full volleyball scholarship to Eastern Kentucky University, where she was co-captain in 1993 and earned Second Team All-Ohio Valley Conference as a senior.

Kim and her husband, David, currently reside in Dublin, OH.  Kim worked as a recreational therapist before having children. She currently is a homemaker and mother to Wills (15), Sarah (12), and Zoe (9).
Dennis Sabo introduces 1990 graduate Kim (Zelms) Forman.
​
Return to the 2019 Inductees