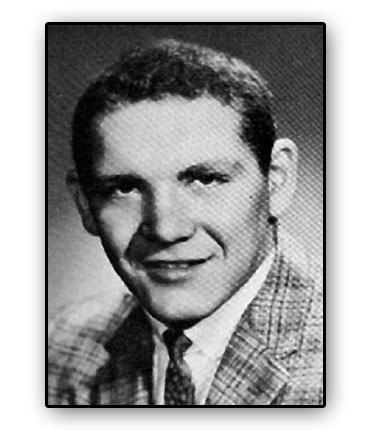 The mere mention of Joe Siesel’s name brings to mind an offensive and defensive lineman second to none in the annals of Bellevue Redmen football.

During his four-year playing career with the Redmen, Siesel helped the team compile a 30-31 overall record (1959-62).

Siesel played on the 3-0-1 junior varsity Redmen squad in 1959 before turning his attention to the varsity squad in 1960. That season, he helped guide the team to a 7-3 overall mark, earning First Team All-Northern Ohio League defensive honors along the way.

The next two seasons (1961, 1962), Siesel and the Redmen put up back-to-back undefeated ( 9-0) seasons. In 1961, Siesel was once again First Team All-NOL on defense and was honorable mention All-Ohio. In 1962, as a senior, Siesel was named the team’s Most Valuable Lineman, was All-NOL first team on both offense and defense, was All-Ohio first team defense, and was also a team co-captain.

Bowling Green State University was the next stop for Siesel, who was voted the freshman team’s outstanding offensive lineman during a 5-0 season in 1963.

During his senior season in 1966, Siesel piled up the honors while earning his third varsity award. He was second team All-MAC despite playing in only five games due to an ankle injury. The team finished 6-3 that season, and Siesel also finished fourth in the MAC in punting with a 39.4 yards per kick average. He was voted Most Valuable Lineman and received the Mr. Tackle Award from his teammates and coaches.

Siesel was drafted by the New York Giants of the National Football League in 1966, playing in all five exhibition games, then spent the season with the Westchester Bulls, where he started all 12 games at linebacker.

In 1967, he was signed by the Ottawa Roughriders of the Canadian Football League but an ankle injury ended his career. He then entered the high school coaching ranks that same season, with Wadsworth High School, where he stayed until 1972.

His coaching career continued in 1973 with the 9-1 Fremont Ross Little Giants, followed by two seasons with Massillon (15-5 overall) before returning to Fremont in 1976, where he coached until his retirement in 1992. Siesel served as defensive coordinator throughout his coaching career.
Return to the 2004 Inductees