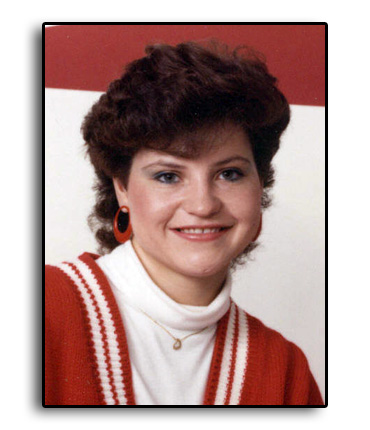 ﻿
Jill Flicker Stubbs not only earned six varsity letters while at Bellevue High School, but she became one of the first females to earn four varsity letters in one sport.

Jill, a 1989 graduate of BHS, earned four letters in the sport of softball, while collecting two other varsity letters in volleyball.

While on the volleyball court, Jill was Second Team All-Northern Ohio League in 1989 and was All-Northwest District 6 first team the same season.

Jill earned a scholarship offer to Miami University of Ohio to continue her softball career. While with the Lady Redskins, Jill earned four varsity letters.

In 1992, she was named Second Team Academic All-Mid American Conference. The following season, she was First Team All Academic, was a tri-captain for the team, and was named the Female Scholar Athlete of the Year at Miami of Ohio.

Jill was a member of the National Honor Society while at BSHS, was a delegate to Buckeye Girls State, and graduated in the Top 10 of her class.

She graduated from Miami in 1993 with a degree in Health and Physical Education. She then taught for one year in the Clyde-Green Springs School District, was a physical education teacher, coached junior varsity softball, and was the varsity softball assistant coach at North Olmsted High School, and currently teaches health and phys ed at Wapakoneta Middle School. She recently earned her Master’s Degree in Counseling from the University of Dayton.

Jill and her husband, James, have two children and currently reside in Minster, Ohio.
﻿
Return to the 2009 Inductees