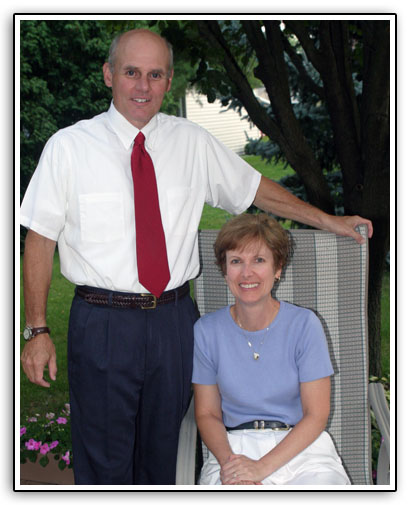 Since they first came to Bellevue in 1977, Tom and Julie Weakland have been involved in Bellevue Athletics.  Tom is a native of Sheffield Lake, Ohio.  He graduated from Brookside High School in 1972 and received his bachelor’s degree from Heidelberg College in 1976.  Tom played football for four years at Heidelberg and is a member of the Heidelberg College H Association.

When he first came to Bellevue in 1977, he taught Biology at Bellevue Senior High School and coached JV football and varsity track.  Over the years he also coached freshmen football and Junior High wrestling.  He helped coach CYO football and basketball at Immaculate Conception.  He is also a former track official.

From 1981 through 1986, Tom taught students at Flat Rock Care Center.  He received his master’s degree in guidance and counseling from Bowling Green State University in 1981.  In 1986, he served as the guidance counselor at the Bellevue Junior High School until he retired in June, 2007.  Tom currently has the best seat in the house, working in the chain crew at the Redmen home football games.

Julie Weakland is a 1973 graduate of Lancaster Catholic High School, Lancaster, Pennsylvania and received her B.A. degree from Heidelberg College in 1977.  She lettered in tennis at Heidelberg and spent her junior year abroad in Strasbourg, France.  After she and Tom married in 1977, they moved to Bellevue where Julie worked at the Union Bank for 11 years.  In 1989, she took a position with Maginnis and Associates, CPA’s.  In 1992 the firm was acquired by Glenn Cunningham and is now known as Cunningham & Associates, CPA’s.  Julie is a senior staff accountant and assists Glenn Cunningham in the financial planning division of the firm.  She is also a member of the City of Bellevue Tax Review Board.

Julie has been active in the Bellevue Redmen Athletic Boosters, having served as treasurer from 2004 through 2007.  She has helped with various Booster projects, including the annual Elks track invitational, concession sales for track and football playoff games, the press box at Bellevue Athletic Field, and the annual reverse raffle.  She is also a past member of the Immaculate Conception School Advisory Board.

Tom and Julie are members of Immaculate Conception Church and have one son, Tommy, a 2002 graduate of Bellevue Senior High School and a 2006 graduate of the University of Toledo.