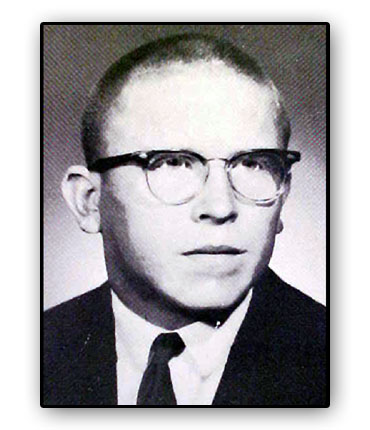 Who was the first Bellevue High School athlete to be named to the High School All American team by the original Wigwam Club of
America? The answer, of course, is Gary “Red” Miller.

Miller became the fourth Redmen athlete honored as first team All-Ohio as defensive end, and was named Associated Press co-lineman of the year in addition to earning his All-America status.

The tough, rugged team leader and team captain of the Redmen football team, Miller excelled for three seasons with the red and white. He earned three varsity letters in football. His junior season, Miller was All-Northern Ohio League first team on both offense and defense.

In his senior season, he once again was named first team All-NOL on both offense and defense, was All-Ohio first team, All-America, and was selected to play in the Ohio North-South game in Canton.

Miller then went on to The Ohio State University for a very successful three-year career with the Buckeyes. He cracked the starting lineup after the third game of the 1964 season under Coach Woody Hayes, and became a fixture on the line. He earned three varsity letters for the Scarlet and Gray in 1964, 1965, and 1966.

Upon graduating from OSU, Miller became assistant football coach at Dayton Stebbins High School from 1967-76, and was head coach for one season with the team in 1977.
Return to the 2004 Inductees