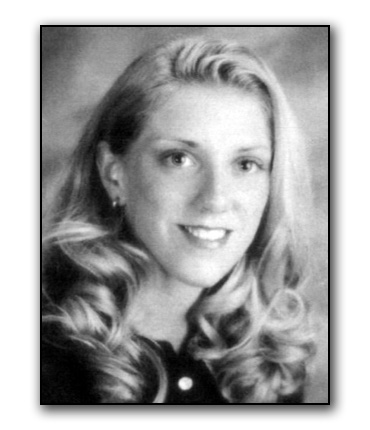 Laura (Ray) Brown graduated in 1997, but not before earning a total of nine varsity letters in three different sports – basketball (2), cross country (3), and track and field (4).

She was a co-captain her senior year in basketball. Her team finished 13-10 overall and was sectional champs and district runner-up.

As a cross country runner, Laura was second team All-Northern Ohio League during her 1995 junior season and helped her team to a runner-up finish at the NOL Meet. From there, the team finished first at Districts, first at Regionals, and fifth at the State Meet. She was the fourth Bellevue runner to finish at State, finishing 60th place overall.

As a senior in 1996, Laura was first team All-NOL (third overall at the NOL Meet), and helped her team to a first place finish at both NOL and Districts. The team qualified to State with a fourth place Regional finish, and ended up seventh at State with Laura finishing 63rd overall and second for her team. She was both co-captain and team MVP her senior year.

Laura earned several honors over four years in track and field. She was second team All-NOL as a freshman as a member of the 4 X 800 meter relay. She helped the relay team qualify to both Regionals and State, with the quartet finishing eighth at State.

As a junior, Laura was first team All-NOL in the same relay and helped her teammates qualify once again to both Regionals and State. This time, the relay team finished four at the State Meet. She was named co-captain and MVP during that season.

As a senior, she was first team All-NOL as a long jumper and a 4 X 400 relay runner, and was honorable mention in the 800-meter run. Her 4 X 400-meter relay team set a district record at the time. She helped the 4 X 800 relay team to an eighth place finish at State, and was the MVP of both the Huron and Bellevue Invitationals. She was named co-captain that season and helped her team win the Northern Ohio League track title.

She continued both her cross country and track and field careers at the University of Findlay where she was an Academic All-America NAIA athlete and Scholar Athlete award winner. She was also the recipient of the Josie Jeffire Award and the Presidential Award from Findlay. She was an All-America Indoor Track honoree as part of the 4 X 800 meter relay team, finishing fifth in the nation. She was also a two-time Outdoor Track All-America athlete, finishing sixth in the 4 X 800 relay in 1999 and helping her team win the event the following year.

Today, Laura resides in Bellevue with husband BJ.  They have two children, Brooke 9 and Ike 7.  Laura is employed by the Bellevue City School District as a 1st Grade Teacher.
Dennis Sabo introduces 1997 graduate Laura (Ray) Brown.
​
Return to the 2016 Inductees