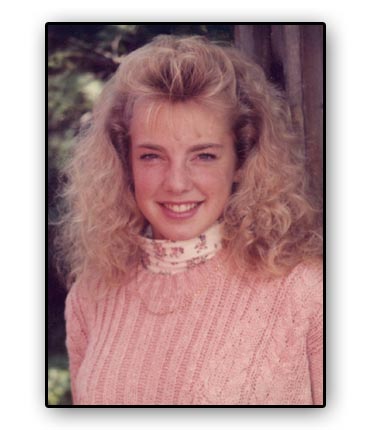 ﻿
From the fall of 1986 until the spring of 1990, one young lady dominated not only the sports of cross county and track and field at Bellevue Senior High School, but in the Northern Ohio League as well.


Few would argue that Shelley Cotterill Krall was one of the most dominant runners to ever run for the red and white. Her eight varsity letters (four in cross country, four in track and field) stand as testament to her many accomplishments in the sport of running. For instance:

As a freshmen, Shelley placed second in the NOL meet, was All-Ohio finishing eighth at state, and helped her cross country team to a state runner-up finish, competing in the AAA (large school) division. In track that same season, she was NOL champ in the 1600-meter run, was All-NOL twice, and was a regional qualifier in three events.

As a sophomore, Shelley was NOL and district champion in cross country, was again All-Ohio, finishing fifth at state, and helped her team to the AAA Division State Championship. That same season in track, she was NOL champion in the 1600- and 3200-meter runs, was district champ in three events, and ran at state in the 3200-meter relay and run.

As a junior, Shelley was again NOL and district champ in cross country and placed second overall at the state meet, once again earning All-Ohio status. That same season in track, she was a two-time NOL champ, was All-League in three events, and ran anchor leg on the state runner-up 3200-meter relay team

As a senior, Shelley was All-NOL in cross country, was district champ, and placed 14th at state and was once again named All-Ohio. That same season in track, she was All-NOL in four events, ran in two events at the state meet, and was NOL champion in the 1600-meter run.

Shelley resides with her family in Adrian, Michigan
﻿
Return to the 2005 Inductees