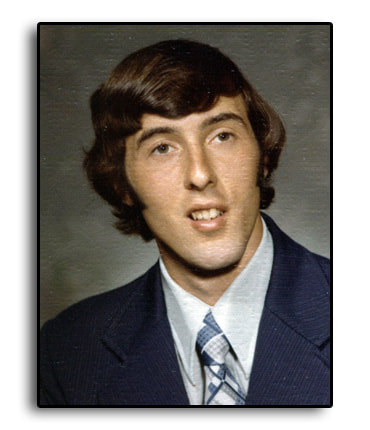 ​A 1975 graduate of Bellevue High School, Don Kegerreis was a versatile three-sport athlete who earned three letters in basketball and two letters each in golf and baseball.

As a golfer, Don lettered as a sophomore and as a senior, helping lead the golf team to its first-ever District appearance in 1974. He averaged 42 strokes per round that year.

In baseball, he lettered both his junior and senior seasons while playing first base. He led the Redmen in batting average as a junior at .348 and again hit over .300 as a senior. Both of those seasons, he helped the team to second place finishes in the Northern Ohio League, with 11-5 and 14-6 records, respectively.

The sport of basketball is how many locals associate the name Kegerreis. Don lettered all three years of high school and was Second Team All-League as a sophomore in 1973. He scored 249 points and averaged 13.1 ppg that season while pulling down 159 rebounds as well. At the time, it was thought to be the most points scored by a sophomore in school history. Don also earned First Team District 6 honors that season, helping the team go 9-9 overall as a small school in the AAA (large school) division.

Don then went on to score 300 points in leading the league and had 196 rebounds during his 1975 senior campaign. He was named team MVP and First Team All-League and District 6 once again, and earned Special Mention, All-Ohio. The team finished 6-8 in NOL and 9-9 overall.

At the time of graduation, “Keg” was second all-time with 859 career points (behind fellow Hall of Fame inductee Jere Crosby with 948). He also started all 58 games during his three years in high school. He then continued his basketball career at Heidelberg College in Tiffin, lettering twice.

Don has spent 24 years coaching the youth and young men in his Fort Collins community. He recently retired his coaching duties (after 2017-18 season) at the high school level after 3 years with the 10th grade teams, and 5 years as the Head Varsity Coach at Heritage Christian Academy. He guided his Heritage Christian Academy Team to the Colorado State Tournament his last season of 2017-18.

In 1987, Don received a Bachelor of Science in business administration from Regis University. Don has worked for Hewlett Packard Enterprise for the last 38 years as a Supply Chain Analyst. He and his wife, Wanda, have lived in Fort Collins, CO since 1979. They are parents of Amy Dietrich (40), Keith Kegerreis (29), Matthew Kegerreis (26), and Grace Wright (18).
Dennis Sabo introduces 1975 graduate Don Kegerreis.
​
Return to the 2019 Inductees